Get item availability info & delivery time for your location. 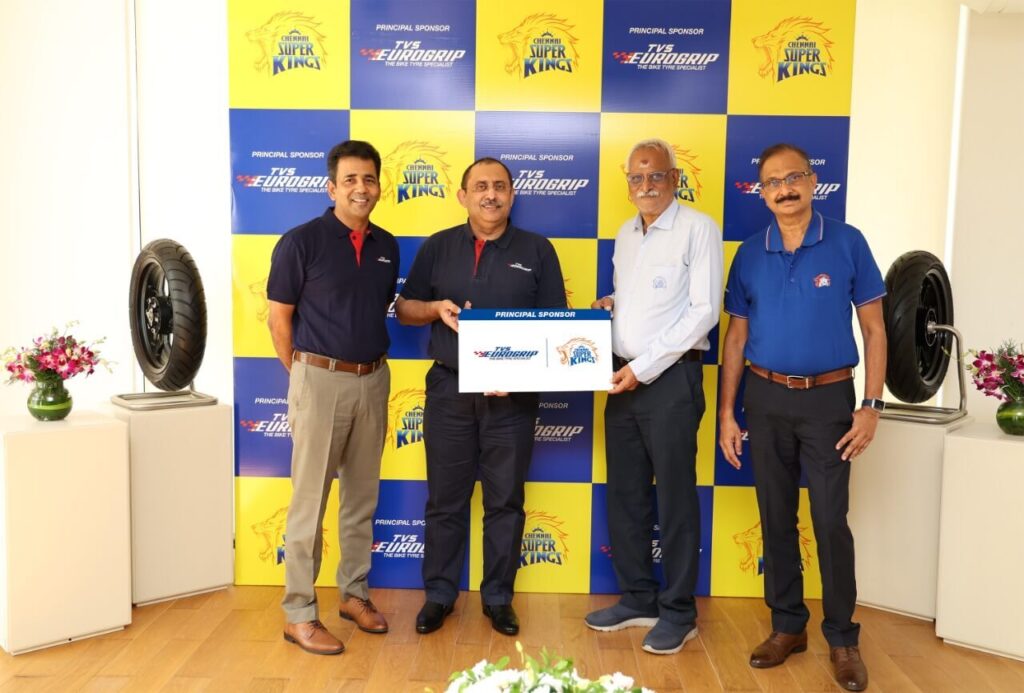 TVS Eurogrip hopes CSK will give it a brand boost

With a ‘country full of turns’ campaign, TVS Srichakra looks to enlarge its footprint as a national tyre brand

You’re all set to head to a meeting and find the car won’t start; the battery’s dead. And, you find your two-wheeler too has a flat tyre. P Madhavan believes that till a few years ago, a replacement battery or a tyre was a purchase made as a grudge; cursing your luck that a battery or tyre has failed you at the wrong time. But, the task for a brand is to be top of mind when the rider is looking to replace a tyre.

Madhavan, TVS Srichakra’s EVP, Sales & Marketing, says today the millennial consumer is getting more evolved where a low-involvement product like a tyre is concerned, delving into the web for product information and comparing across brands. “While the product is still a low-involvement one, what’s changing is that people are researching more before making a decision. 80-85 per cent are in the 25-45 years age group,” he says.

Since the brand was relaunched as TVS Eurogrip in August of 2019, from the erstwhile TVS Tyres, it has kept up a high digital presence, right through the months of the Covid lockdown. This culminated in the brand’s ‘tyres for a country full of turns’ TV commercial, played out during the IPL as well as the World T-20 tournament.

Launching Turn Story
Brands constantly seek out that one powerful insight which can make a crucial difference in the market. “One of the important things that came up was the rider wanted the tyre to hold steady and not skid, especially when taking a turn, swaying or avoiding something on the road. This was an important insight and from that came the ‘Turn Story’,” explains Madhavan.

TVS Eurogrip had multiple consumer researches done and then its creative agency, Tilt, did a round of in-depth interviews with consumers in March 2021. “The insight was derived out of all this research and focus group discussions and we launched the campaign in May 2021,” says Kavitha Ganesan, GM, Marketing.

Attention to messaging in various languages was also key, as the brand needed to communicate the right message to different users taking cognisance of the cultural context and connotation of the language. “We had it made in seven languages — four south Indian and in Gujarati, Hindi and Bengali. It was a brand level communication as TVS Eurogrip is a relatively new brand and we wanted to communicate that we had tyres for all two wheelers,” explains Madhavan. The campaign focused on the different terrains across India; it was shot in four regions of the country and also reflects different cultures — like a Punjabi wedding to a South Indian temple. “It also shows the entire range of two wheelers that we cater to, right from motor bikes, scooters to even a moped,” adds Ganesan. While TVS Srichakra makes two and three-wheeler tyres as well as off highway tyres, it has steered clear of car tyres.

Behind the name change
The company changed the branding from TVS Tyres to TVS Eurogrip, an existing brand it had in its portfolio. Explaining what necessitated the brand name change, Madhavan says that the consumers of today have changed drastically.“Gone are the days where people used two-wheelers for just commute. During the week, it is going to work and back and there’s also weekend travel, which has increased dramatically over the years. The new age millennial has evolved, especially in the last 10-15 years, and we believed that we needed to refresh ourselves and to get them early in their life stage,” he says.The TVS Eurogrip brand sells in over 85 countries and lending an edge to its ‘internationalisation’ is its R&D centre that TVS Srichakra has set up in Milan, Italy, where design engineers in collaboration with the India team create tyre designs for both the Indian and all the world markets it operates in. “The brand name became the right choice as the ‘Euro’ part brings in the international flavour and also resonates with the work that we do, while the functional aspect of ‘Grip’ being highlighted. The racing flag in the visual identity is to depict the performance cues,” adds Madhavan. Pre to post-campaign, the tyre brand saw a 40 per cent increase in brand awareness, and brand consideration more than doubled.

Veteran ad man and brand strategist Ambi Parameswaran says that the brand name Eurogrip could box in the brand into a single product attribute of road grip. “Also, a double barrel brand name has to be simpler to pronounce, say like Hero Honda,” he says. He points out that if the company looks to launch sub-brands under TVS Eurogrip, then it could be even more of a mouthful, also adding that TVS itself is a strong brand name in the Indian context.

However, Kavitha Ganesan says while the master brand is TVS Eurogrip, product brand names are only on the tyres and below the line communication. “Only discerning customers or the trade will know product brands. That’s how the category operates; customers will remember only the mother brand,” she says. Also, she points out, the brand is getting into a space targeting millennial riders for whom a Eurogrip could spell an international flavour. “The quality of our tyres has always been premium and high performance, but there was a perception of our tyres being more of an OEM brand. We had to change that perception,” she elaborates.

In fact, the market for TVS was heavily skewed towards OE earlier, but now the after-market contribution has grown by 10 per cent.

CSK’s principal sponsor
The company launched 26 products in Europe and has another 34 in the works, which could be launched during the course of this financial year for European markets “All these tyres are designed in Europe, manufactured in India, sent back to Europe to be tested by trained experts in Milan as well on testing tracks in Europe and sold there,” says Madhavan.

In the Indian market — where it already has 150-plus products in the market — in the last 18 months, it launched 20 more products and some more are in the pipeline.

The company has been spending big on digital. Consumers are searching online and buying offline. The brand plans a digital experience where a potential buyer can put in his use of a bike, say largely a city ride, then the search engine throws up the options.

To give a big push to its brand, last week TVS Eurogrip signed up as the principal sponsor for CSK in a three-year multi-crore contract. “It’s an important phase in our brand journey — there’s a compelling need to build awareness for the brand as we move away from Covid. There was a need to own a property for a particular period of time for the brand to sink in. The new-age millennial who we are addressing are mostly watching sports and within sports it’s cricket which dominates,” explains Madhavan.

TVS looked at the value and culture fit, something that resonated with the brand of TVS and very few teams matched; the top fit was with CSK. “City affinity was the last thing that was on the pecking order, it was more on the value fit, how they built a team, their fan base (they have a nine million fan base just on Instagram) and how they have been with the team over the years. Being a national brand, we wanted the partner to also have a reach across India and CSK panned out really well,” elaborates Madhavan.

The TVS Eurogrip logo will be seen on the front of the official yellow jersey of the team for the 2022-2024 seasons. Apart from the logo on front of jersey, other key deliverables are player rights for brand communication and promotions; in-stadia branding elements and tickets and trade engagements. The coming season will see if CSK will help make TVS Eurogrip a ‘super’ brand as well.

Published on November 28, 2021 in The Hindu Business Line 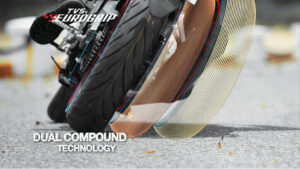 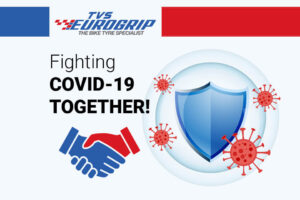 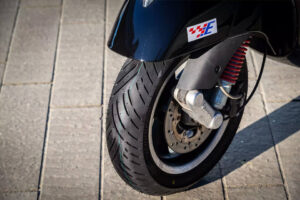 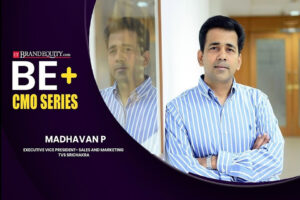 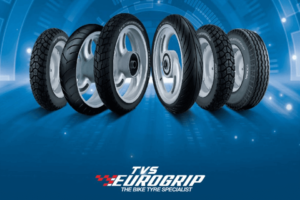